New artworks for the UNESCO City of Media Arts

At the meeting of the selection committee for the promotion of media art and international network projects, the City of Karlsruhe’s Department of Cultural Affairs awarded a total of 100,000 euros to ten projects. Eight projects will receive funding for local public media art projects that take place in Karlsruhe, and two projects will receive funding for international network activities that serve to intensify networking, exchanges, and collaboration in the field of the media arts.

By April 20, 2022, a total of 44 Karlsruhe art and media professionals, as well as young talents, had submitted their ideas for local and international media art projects to the city’s Department of Cultural Affairs, ten of which have now been selected by a jury of experts. Also eligible to submit project proposals were students from the 5th semester upwards and also cultural, artistic, scientific, and creative business institutions in Karlsruhe.

The Project Ideas Submitted Testify to the Quality, Diversity, and Internationality of the Karlsruhe Scene

The funded art projects reflect on current topics that are socially relevant, such as climate change, sustainability, flight and exile, as well as on contemporary phenomena like the digitality of social relationships. Their spectrum ranges from immersive video and sound installations, interactive projections and augmented reality applications in public spaces, multimedia exhibitions, and collaborative platforms to interdisciplinary works and sound performances. The first projects will be realized and on show as of the second half of 2022.

For more information visit the Department of Cultural Affairs of the City of Karlsruhe, UNESCO City of Media Arts at www.cityofmediarts.de. 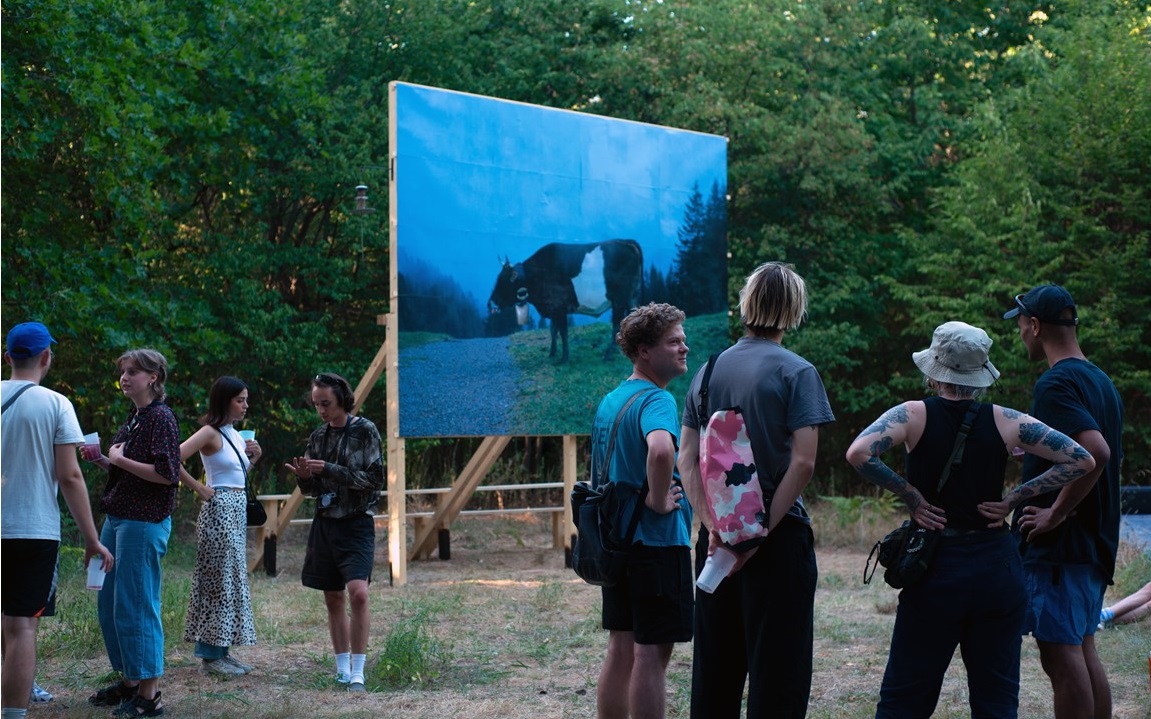 A Place in the Woods

An exhibition and event platform online and in the Hardtwald, Karlsruhe.