Karlsruhe as UNESCO City of Media Arts presents impressive installations in public spaces at the plenary assembly of the World Council of Churches in Karlsruhe.

From August 18 to September 18, the City of Karlsruhe’s Department of Cultural Affairs of and the ZKM | Center for Art and Media Karlsruhe is presenting six media artworks in the city center, alongside the SCHLOSSLICHTSPIELE event.

From August 31 to September 8, 2022, the 11th Plenary Assembly of the World Council of Churches will be held in Karlsruhe. The assembly will be attended by up to 5,000 international guests from 350 member churches. An event that takes place only every eight years, and for the first time in its more than 70-year history in Germany. On this occasion, the Creative City of Media Arts Karlsruhe is displaying spectacular installations in public spaces at several locations in the city center. The media art works on display respond to current social problems, from the Corona to the climate crisis, and provide an insight into new spaces of thought. 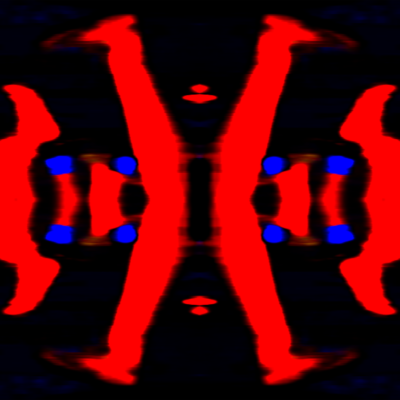 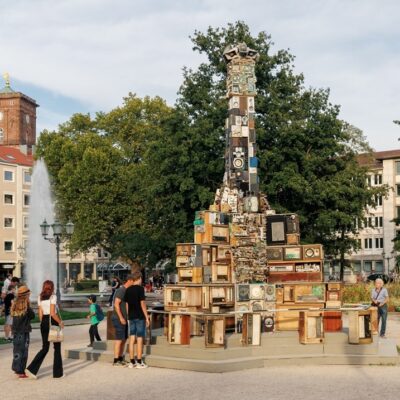 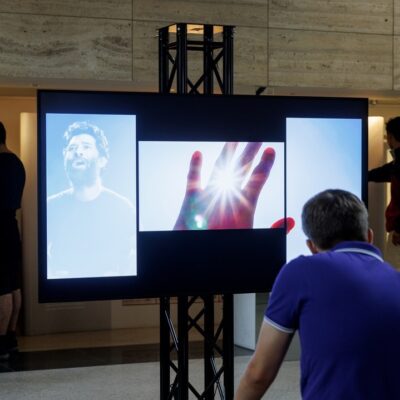